Quickly Jump To Topic show
1) NIGHT SLEEP – A NEW LUXURY
2) DO ANTI SNORING DEVICES WORK?
2.1) WHAT ANTI-SNORING DEVICES ARE AVAILABLE?
2.2) WHAT CAUSES SNORING?
2.3) MOUTH BREATHING
2.4) ILL EFFECTS OF SNORING
2.5) HOW TO STOP SNORING IMMEDIATELY
2.6) SNORING – HOW IT AFFECTED ME PERSONALLY
2.7) CONCLUSION – Do Snoring Devices Work?
2.8) You May Like These Similar Posts From AirSwacch!

Mobile internet has taken over our lives and made us its slave. No time is devoid of technology. People depend on their fit-bands and activity and sleep tracking Apps. Even the most basic phenomenon of sleep has been digitized. People first let their lives being taken over by technology and then fall victims of sleep disorders. Snoring is one such disorder. Anti Snoring Devices work just fine and have flooded the markets.

Times have changed quickly since the last century. Humans have become busier than ever before. Work cultures demand longer working hours and night shifts have become a norm in each industry. The digital revolution has distorted human habits completely. Night time has been reserved by nature for sleeping. Sun has set, its dark around, good! Go to sleep. Sadly this is no more the case.

What is luxury for you? Whatever your answer may be, its among the millions of answers possible. Everyone has their own definition of luxury. But, give it a deeper thought, in a more philosophical way. What does luxury bring forth at the end of the day. I would say “You are leading a luxurious life is if you are endowed with a peaceful and deep sleep, everyday”. What good is any luxury that cannot afford you a good night’s sleep? This is where the rich and the poor come at the same pedestal. Generally, poor people who have to toil to earn a living effortlessly fall asleep in minutes.

THE BEST SNORING CURES AND REMEDIES

In this post, we’ll analyze whether anti snoring devices work or not? Snoring is a medical problem which affects many lives world over. Businesses take this opportunity to roll out products, most of which are useless and mere contraptions. Same thing has happened with anti snoring devices. There are a variety of such devices which promise to eliminate snoring. Incidentally all of them are ‘trusted’, ‘medically proven’ and ‘really work’. The world of advertising and marketing relies on making tall claims as if miracles are waiting to happen every second.

Simply speaking, Yes! some of them work while most of them do not. Experts suggest to first take consultations with sleep doctors or ENT specialists. Before falling in the net of anti-snoring devices and sleep aids, make sure you know what’s causing the snoring. Then you should look to seek medical treatments which could correct the underlying problem permanently. We’ll cover what options are available in medicine and surgery shortly. 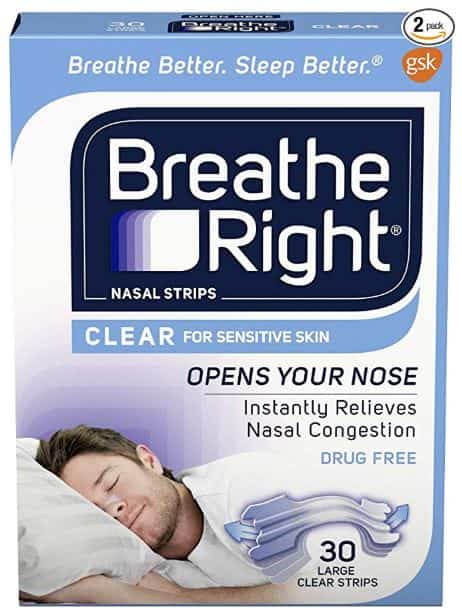 Breathing aids which work to dilate the nasal pathways do help. By opening the nostrils a bit more they look to provide some respite. Notice the word ‘some’ as doctors (some who have no kickbacks or hidden motives of making profit) are not very impressed with using anti-snoring devices for long duration. The reason is the limited viability and for the simple reason that using them is not the ‘cure’.

Anti snoring devices work but do not treat snoring. Rather, they just help mitigate this problem. Once you stop using these sleep aids, you are back to square one. Snoring can be a one-off occurrence like when you are extremely tired and go to sleep. Or, you if you have cold or nasal congestion. Such cases do not warrant any anti-snoring devices. Problem gets serious and bigger when snoring becomes an everyday thing.

WHAT ANTI-SNORING DEVICES ARE AVAILABLE?

Nasal strips are the most common breathing aids which are used the world over. They work to dilate the nostrils and allegedly increase the airflow by 30-40%. Indeed, nasal strips are useful as they lower the severity of snoring. wearing them is easy and they are non-invasive. Nasal strips from Breathe Right are most well-known.

CHIN STRAPS are yet another way to support the lower jaw from opening during sleeping. This concept finds many takers owing to its simplicity. A chin strap is a fabric product which is to be worn around the head through to the chin. Its like a facial brassiere. Chin masks are not ideal for patients who are restless souls even in sleep. The reason being that chin straps are useful only if they remain in proper place. Frequent tossing around may render them useless. 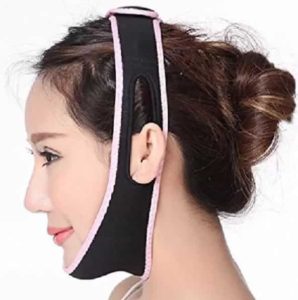 People with acute nasal obstructions should avoid using these chin straps as it may not help much. Observers who look over snorers wearing chin straps often feel as if the wearer would choke. So, why take chances. The wearer cannot be left to struggle with breathing. We must not force breathing through nose while it is blocked!

Snoring occurs due to a number of factors. Most common reason is obstruction in nasal passage. Some people like my own mother have nasal polyps which are even visible to the naked eye. Doctors describe snoring as something caused by rough inhalations and forceful exhalation of air through nasal openings. During snoring, vibrations which happen in the soft palate, uvula or the base of the tongue.

You must have noticed how snorers make a whole orchestra of sounds. A snorer is commonly a mouth breather. While sleeping the reflex action of breathing happens effortlessly in a healthy individual. For snorers however, breathing through the nose is hampered due to structural defects which may happen with age, habits or physique. This is when their mouth opens and they can breathe. If breathing through mouth were healthy, God would have made such a provision. Even if its not healthy, atleast the snorer does not choke or suffocate in his sleep, courtesy mouth breathing.

You may be thinking whats the big deal if someone breathes through the mouth instead of nose? Nature has given a dedicated provision to mammals for breathing and that is through nose. Nose breathing helps keep foreign bodies like dust from directly reaching our system. The nasal hair trap dust. Breathing through nose also warms the air a bit to bring it to body temperature. All these gains are lost when one breathes through the mouth.

Even if we ignore these ‘gains’, mouth breathing may further aggravate snoring problem. When someone’s mouth opens while sleeping then chances of the tongue relapsing and blocking the air passage are high. This may cause double whammy to a person whose nose is already blocked. People waking up startled or gasping is a common thing in such cases.

Chronic snoring can give rise to sleep apnea. Sleep apnea can be obstructive or central. Obstructive sleep apnea is the breathing deficit that a snorer suffers due to blocked nasal passages. Central sleep apnea is a rare condition. It happens when the brain stops sending motor signals (for a short while) to the muscles involved in breathing. Sleep apnea takes a toll on the health and productivity of the snorer. The most common ill-effect is on the Blood pressure.

Snoring if left untreated can give rise to many other health issues. Some of which are enlisted below-

HOW TO STOP SNORING IMMEDIATELY

People often ask this question. I have the answer to it. Snoring can immediately be stopped if you wake the snorer up. You need to understand that the snoring problem does not develop overnight. Then how can it vanish immediately. Yes, there are costly devices called PAP devices for it.

Then surgery is always the option to correct physical aspects of the body. Your doctor will be able to exactly tell whether a surgery is needed.

Surgeries can be any of the following-

SNORING – HOW IT AFFECTED ME PERSONALLY

I see my mom struggling to breathe while she’s asleep. It is a sad sight for me which wish I could rectify in an instant. This is because of seeing her snoring and my own experiences, that I decided to write articles on snoring. I’ve decided that I’ll try out different things and report their effect on her snoring via my posts. As a first step, I’ve brought her a humidifier. I’ve read so many times that humidifiers relieve breathing. So, I’ve brought a humidifier and noticed some improvement.

I’ve got all medical tests done for my mom with PNS ultrasounds and everything. I now know nothing can cure my mom’s snoring except for a surgery. Something which is so dreadfully afraid of. Its not that there are any issues or challenges in getting her nose blockades cleared surgically. But, you know how moms are right? They keep on downplaying their own sufferings so that the home is not affected. Another issue with her is that she does not persist or follow any set out instructions. She’s like a child who cannot stick to the same routine or toy.

My mom does her breathing exercises without fail. She does meditation daily without fail. Besides she does the renowned Sudarshan Kriya which is a gift to mankind by Sri Sri Ravishankar. I dedicate her well-being despite her so intense snoring to them. Had she not been practicing these things, I am sure things would have turned ugly by now.

Snoring may seem innocuous, something which people laugh off. Often family members tease the snorers and have their own stories to share which pass of as light moments. But, snoring is something which must be taken seriously. Breathing, around which our whole existence revolves must be easy and never a challenge. Sleep, which is nature’s gift to living beings, must also be deep and relaxing. Snoring snatches away both of these gifts. Anti-snoring devices may provide limited respite but they are not the solution.

That’s the reason why a snorer should consult doctors (multiple specialists) to seek medical advice. The sooner the better.

I am so excited to … END_OF_DOCUMENT_TOKEN_TO_BE_REPLACED