I live in Delhi. A city bustling with activity. Apart from so many tourist spots, there’s one more thing viz Delhi Smog which it is known for. Since October 2016, a strange phenomenon is occurring in Delhi NCR regions. During October-November months, the air is filled with thick smog with a burnt stalky smell. Its as if whole of this region and nearby is on fire. This invisible fire source and its smoke wreck havoc in our lives. We all know where’s all that smoke comes from now. But, my parents who have been living in Delhi since more than 58 years never remember this happening before. Did the farmers in Punjab and Haryana not burn crop stubble back then? Or, has something changed since 2016?

Well, whatever the reason may be, we need to find a solution for it. The days of such poisonous air snatch away many precious days if not years of our lives. In this post we discuss what can be done to tackle this problem. We’ll see which are the Best Air Purifier For Smoke and Smog in India. 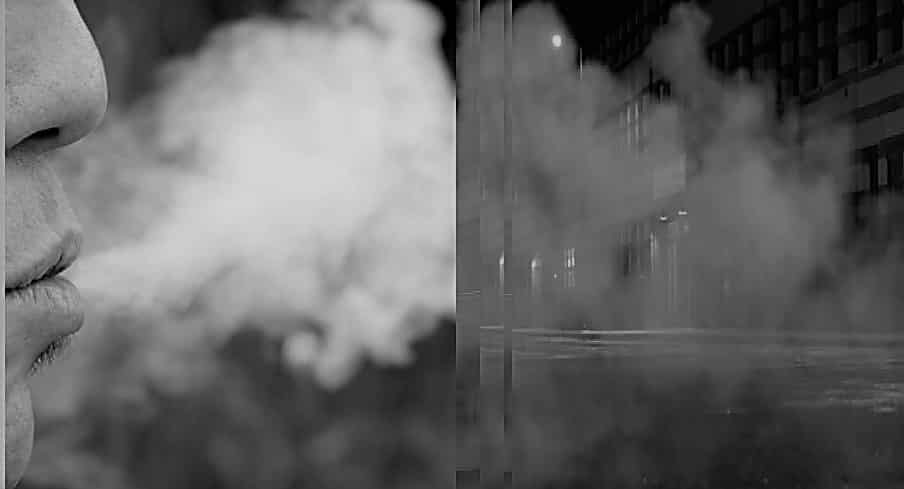 We Are All Smokers Mate, By Naturalization Not By Choice !

A person breathing in such bad air days automatically becomes a smoker. Smoke equivalent to over 50 cigarettes! Oh yeah – talking of cigarettes reminds of chain smokers who carelessly smoke inside rooms. In doing this they put the health of kids and others at risk. Not all air purifiers are suitable for clearing up cigarette smoke and its smell. A good quality HEPA filter is a must to remove the very fine smoke particles. Air Purifiers must also have a Carbon Filter to be able to remove the smell of cigarette smoke. The more densely the activated carbon filter is packed, the better it is.

Best Air Purifier For Smoke And Smog In India

Smoke particles are the smallest among smoke, dust and pollen. Smoke particles have a size in the range 0.09–1.0 µm. Dust on the other hand ranges from 0.5–3 µm, and 5–11 µm for pollen. Hence, smoke is the most dangerous of the lot. Particles smaller than 0.3 µm can enter the blood stream through the lungs. Such particles can reach the blood capillaries where oxygen exchange happens. Brain damage is a possible effect.

Smog is not a composed of a single pollutant. It is a mix of multiple pollutants and one of which is smoke. In winters, due to cold conditions, people burn coal and fuels to stay warm etc. Some effect of firecrackers is also a contributor. But, the main culprit is the large scale stubble burning by some inconsiderate and adamant farmers. Hope good sense prevails over them and they mend their ways.

Due to temperature inversion, the pollutants are not able to disperse or flush away from their source. In a way, the pollutants get trapped in the minute droplets of fog and stay put near the land surface. Winds speeds when are very low do not help either. Winds help in fast and easy flushing out of pollutants from the air.

A typical smog can consist of Sulphur dioxide, nitrogen dioxide, smoke and particulate matter. So, smoke is a constituent of smog. This is the difference between smog and smoke. 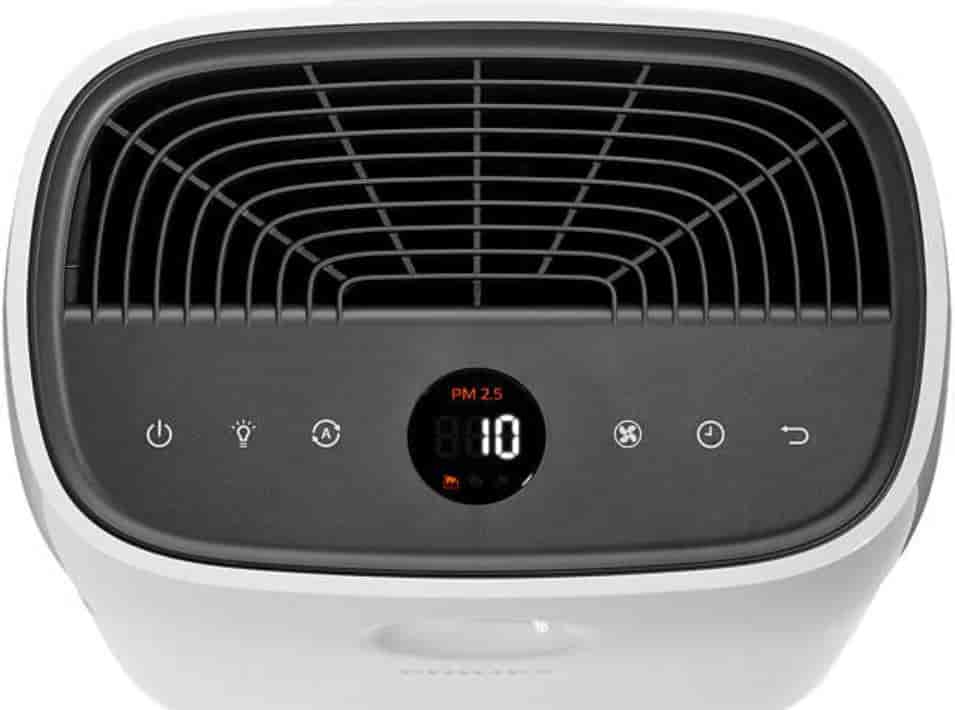 The Philips AC2887 is an extremely popular model. Its CADR for smoke is high and price is justified as well. The HEPA filter is TRUE HEPA and removes 99.97% particles of size up to 0.3 microns. A real-time PM 2.5 numerical pollution display is also present. Sleep Mode, Allergen Mode, Fan speed levels and Timer is present.

The device is one of the few powerful air purifiers available.

Next up is the very popular Blue Air Purifiers. These are a rage in US and Canada. The company is from Sweden and they say this product is 100% recyclable. Blueair Air Purifiers have minimal convenience features, display or buttons. But, the Blue Pure 211 fights smoke like a boss. Read full Blueair Blue Pure Review The Philips AC3256 is a beast. How can such a beast not tackle smoke when its cost is on the higher side too. Philips AC3256 has a high CADR for smoke too. The fan creates a powerful air current which draws air from far and wide into the air purifier. This enables the polluted air to quickly pass through the filters and getting cleaned. The price is quite high and mostly people with deep pockets can afford it. 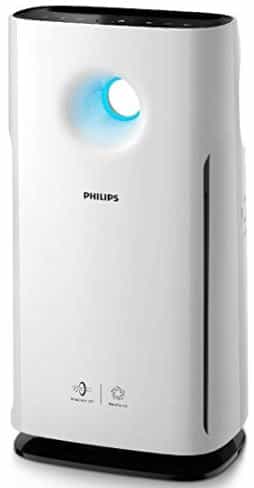 The size and weight are much more than normal air purifiers for rooms have. But, that’s a necessity because of the mammoth coverage area and CADR. Read Full Philips AC3256 Air Purifier Review. 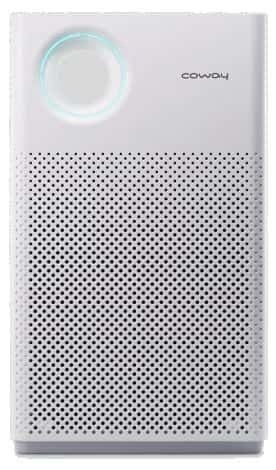 The Coway Air Mega is the most optimum air purifier for an average Indian home. Air of rooms sized around 364 sq.ft. is cleaned quickly. The customer service is very good for Coway. It is the leading brands of air purifiers in the world. A 5 years warranty on motor and 1 year warranty on electrical parts is provided. Read full Coway AirMega 200 Review

What’s Different In A Best Air Purifier For Smoke?

You may think there has to be something special for an air purifier for smoke than a regular air purifier. You are both right and wrong. There is nothing special as such. In fact, you won’t see any separate air purifier being marketed as specifically for smoke or smog. We have to select the better performing ones from within the available range of models. A best air purifier for smoke most importantly would have better quality carbon filter. A carbon filter adsorbs fumes of SO2, NO2 and lingering odor of cigarette or stubble smoke. Needless to say it must also have a TRUE HEPA filter to remove the particulate component of smog. Smog also has ultra-fine dust particles which the HEPA filter removes effectively. So, all pollutants are removed and you are saved from ill-effects of smog.

An important parameter to look for while buying an air purifier is its CADR. An air purifier is given 3 different ratings by the testing agency. Separate CADR for dust, smoke and pollen are allotted after performing standard tests. You must look for the particular CADR which interests you the most. If you are battling smoke or smog, use the CADR (smoke) for comparison with other air purifier models. People living in high vegetation areas but suffering from seasonal allergies from pollen should look for CADR (pollen) value.

Its unfortunate that not all brands give this information easily. For example, Honeywell does not publish separate CADR values anywhere. Philips does mention this information clearly. So, if you find it well and good, else look for a high CADR value.

The Passive Smokers Are At A Greater Risk!

You may not realize but this is true. It is thought that the person who is smoking is doing more than damage to his/her health. The real truth is that everyone is equally exposed to toxic fumes. Cigarette smoke makes the indoor air quality much worse as compared to outdoors. Without proper ventilation or speedy dispersion of smoke, things can be very serious. Cigarette and cigar smokers should voluntarily smoke outdoors or only in designated areas like smoke rooms.

It is always better to find ways to stop a problem at the source itself. In restricting indoor smoking of cigars and cigarettes, we are doing just that. People suffering from asthma and allergy should stand up for themselves. Resist and protest if someone is smoking indoors or at public places. You have every right to save your health. Cigar smoke is especially dense and rich in toxins. It does not fly away easily. Rather it remains suspended in air and at low heights.

Hope you found this Best Air Purifier for Smoke informative. Thank you for reading. Be social and share this post if you found it worthy! Let your family and friends also make an informed decision. Tobacco smoke is way more dangerous than you may think. The sheer number of smokers and the common sight of people smoking have made us accustomed to its sight. Motivate the smokers to quit smoking. But, please save yourself from passive smoking at all costs.

I am so excited to … END_OF_DOCUMENT_TOKEN_TO_BE_REPLACED